We did an interview with an agricultural blog called Kilimo Mamboleo on our farmer platform called Ukulima. Festus did a wonderful job asking me about the work we have been doing with Ukulima, where we currently are and what the future holds for the platform. Please read the entirety of the article at the site. Excerpts are below. 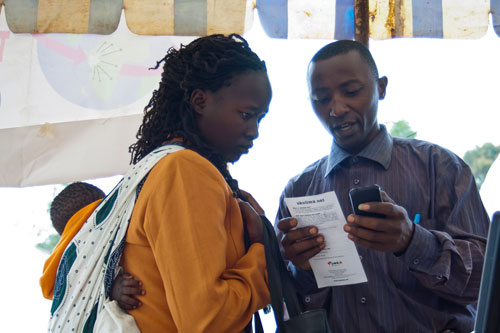 1 year since its inception, what successes and challenges has Ukulima.net experienced?

I will begin with the challenges. We decided to build a network to bring in farmers and we looked at what we knew. We knew of the Facebooks, we knew of the Linkedins that don’t work over here. And our experiences using these things is actually on computers. So, we build this thing that is absolutely alien to a farmer, we took it to the farmers and they looked at us and they wondered whether we were giving them crossword puzzles. Basically, there was something they didn’t like. So, we needed to translate it back into farmers’ speak.

For instance, we started looking at guys using kabambe to try and sign up, and that sign-up process was murderously hell because keypads have four to five potential options. Someone would type what they thought is their password, yet they were typing something totally different because the password is also hidden. We’ve had to iterate along those lines, changing how people do sign ups, changing how people use the platform, etc.

We’re working on adding the ability for people with smartphones or those coming through websites to have the more high-end capabilities: using of images, putting in videos, etc. But if you’re coming in from these basic phones it needs to be able to load very quickly, it needs to be able to work for you at its most basic level. Basically, we went back and rewrote it (Ukulima) and stripped it to its barest minimum.Second, we had stayed away from sms but as we’re now working with farmers’ groups, it’s becoming more apparent we have to try, even though it’s not the core of the network, to do something around sms. This is driven by the fact that Google announced two months ago that you can receive Gmail via sms.

What features do the farmers like/dislike about Ukulima?

The features we found farmers are drawn to are: the Q&A and the instant message pages. We will introduce the group feature which we want to make a core part of the platform because if you look out in society, that’s how farmers work together (via farmers’ groups), and we want to replicate that on the platform itself.

Farmers disliked the sign-up process and the fact that they have to pay data charges to access Ukulima.net.

Tandaza, Pamoja Media’s apps unit, has built the Sokoni app to link agricultural produce buyers with farmers in one space. How has it fared so far?

We originally wanted Sokoni so that we could immediately plug it into Ukulima. But, we discovered we’re doing too much ahead of time. It was very hard for us to start looking at plugging Sokoni into Ukulima, yet we still needed to first have a viable Ukulima network on the market. We decided to first solve the Ukulima problem, so Sokoni took a back seat.

Does Tandaza plan to build any more agri-apps, and when?

Yes, we actually are planning that. We feel there are a few killer apps that will always get people coming back to Ukulima, and we want Tandaza to build those killer apps, probably in the next 6-9 months.

What’s the future of agri-related apps in Kenya and in Africa?There’s going to be a future in them, without a doubt. I think we’re slowly-by-slowly having behaviour change where people are using mobile phones to do more. This is especially true in Kenya, not necessarily in the rest of Africa, because Kenya has proven we understand how to integrate mobile into our daily lives. For example, Mpesa.

The challenges are: people in rural Africa are not yet ready to pay for data and many apps developers are not simplifying apps to be used on feature phones that are pervasive across Africa.

As apps developers, we will have to simplify apps so that anyone with a college degree or with a basic education can pick up a mobile phone, get to an app and it’s very easy to use.

What plans does Pamoja Media have for Ukulima for the next 1 year?

We first want to add a considerable number of people on the platform.On monetisation, we are looking at advertising either via sms or directly when a farmer is on the network to allow us fund the network’s growth. Also, we will have an open API for apps developers who want to develop apps for farmers on the platform, and share the revenues 70-30 (for the developers and Pamoja Media respectively).

What advice do you have for African apps developers targeting agriculture, animal husbandry and related areas?